Peder Niilas Tårnesvik’s musical alter ego, Niilas, is the a true gem of the Norwegian electronic scene, despite his young age. Blending bass-focused melancholic tunes with an innovative style, the musician started to attract attention in a short time. Niilas, known as a phenomenon especially in the Bergen music scene, is also among the musicians who are followed with interest in the Oslo music scene. The musician, who elegantly combines electronic music with different genres in the soundscapes he creates, reminds us a little of the sounds of the Berlin minimal electronic scene. The most important feature that distinguishes Niilas from other musicians is that he puts Sami aesthetics and naturalist perspective at the center of his music, and makes the audience discover an identity and culture that has not been adequately represented in the electronic scene.

Niilas, who has not released new music for his solo project since 2018, heralds his 11-track album “Also This Will Change” with his new single “Chaga”. If one listens to “Chaga”, a truly typical autumn landscape and a forest with giant trees in the rain come to mind. The track also gives a mystical atmosphere feel. Influenced by Sami culture and naturalistic aesthetics, Niilas tries to keep alive the traditions of a local and extinct culture in the hyper-modern world through his music with his single “Chaga”. Even though Niilas is a Bergen based musician, he still does have roots of Kåfjord region of Northern Norway and he doesn’t hesitate to represent that identity via his music. While doing so, he takes the listener on a journey between his musical world, nature, technology and Sami culture by taking advantage of the multi-layered nature of his identity. In fact, although he makes a different music from the Icelandic band múm in terms of timbre and genre, Niilas makes the audience feel the mysterious, pure and untouched tunes as múm makes us feel so.

If you haven’t taken Niilas on your radar, now is the right time to listen “Chaga” because his upcoming album is promising a lot. You wouldn’t regret. 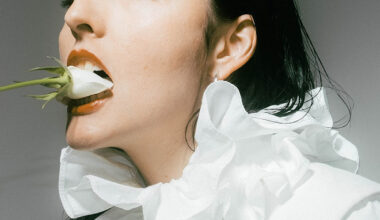 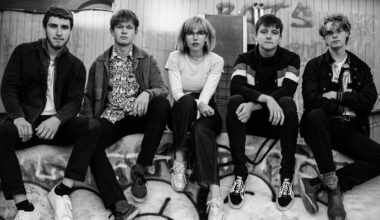 Based in Denmark, Baseløs is made up of five young musicians in their early 20s who are centered…
More