‘Louder Than Bombs’ was a quite easy ride for me, since it had in so many ways a connection to my own life, so I could easily connect to the story, and follow my gut feeling all the way through.

All of us know the remarkable cinema of Norwegian director Joachim Trier, especially by his well-known films such as “Oslo, 31. August” and “Reprise”. As we know the soundtrack and music always matter for him, in this case we can not get out of the spell of the magical music of The White Birch – of Ola Flottum, in other words. Since we have always been so interested about the good, depressing sound of The White Birch; we just talked with Ola Fløttum about his music, and his relation with Scandinavian film industry as well as his great soundtracks such as “Louder Than Bombs”, “Oslo, 31. August” .

-“Lamentation” is my all time favorite song. We could say that is a quiet depressing song, in a good way. What kind of a mood were you in while composing this song?

Ola Fløttum: With “Lamentation” I allowed myself to fully commit to that feeling of meaningless that I guess we all struggle with at some level, the fact that all the beauty you see in the world will eventually fade away. On one side I certainly love experiencing the beauty of nature and life as it shines and appears, but a part of me is also reminded of the meaningless with these volatile appearances. For this song the latter part of me got its voice. The song was first used in Joachim Trier’s “Oslo 31.August”, and in the film it has no lyrics since I had not written them yet, it was just vocal sounds. Joachim came over it as he had been following my The White Birch demos throughout the years, and fell in love with that particular song, and wanted to use it as it was, there was no time for writing the lyrics and finishing the song. Eventually the lyrics were influenced of the theme from the film when I finished it up. Hopefully the song can help people to blow off some steam, it certainly helped me.

-Was there a special event in your life, a musician maybe, a piece of music you heard, which made you decide to become a musician?

Ola Fløttum: I listened to classical music as a kid, my dad played music all the time, and played the piano as well. Music was a key ingredient in my childhood, I loved it, but from early on I wasn’t really that interested in just playing other peoples music. I didn’t feel like playing other peoples music, I always wanted to create my own songs. Except from a few children songs, I don’t really think I would be able to perform other songs than my own. I don’t mean to be arrogant, it’s just the way I am. Maybe it sounds silly, but it just felt like maintenance to copy other peoples music, From early on I was desperate in need of creating something new, and started dreaming of creating something that would last forever.

-Would you prefer composing for films or just making music? How do you think when you are composing a soundtrack? I’d like to know your impression while composing the soundtrack of “Louder than Bombs”.

Ola Fløttum: I’m happy with doing both, but I guess I feel a lot more balanced and fulfilled as a human being when creating my own music. I tend to always work on films with lead characters that are struggling with big issues and it takes quite a lot of energy to dive into those minds. When I write a new song for myself that I like, it always gives me an uplifted sensation. Composing scores is how I pay my bills and it’s an enjoyable job to have. The White Birch is my sacred child, for instance I would never dream of trying to adjust this music for selling more records, it’s way too important to be honest to myself and do exactly what my heart tells me to do for even considering to do that. I guess I’ve scrapped quite a few pop songs throughout the years just because it just didn’t feel right.

It’s pretty intuitive, when I compose a score, I always try to fight my way under the skin of the lead character(s), and at the same time ask myself why there should be music here, how can I enrich the feelings that already are there. I try to avoid grabing too much focus, it’s a fine line, and I also try to balance the use of music, so it doesn’t loose it’s intensity. The key is to always focus on the story, and basically pay attention to what goes on, if you don’t do that you can easily get lost in your own composition. You have to accept the fact that quite a few times the music itself becomes less interesting when tuning onto the film, but it’s all about making the film as good as possible, and then you have to be able to kill your darlings, to stay loyal to the film.  “Louder Than Bombs” was a quite easy ride for me, since it had in so many ways a connection to my own life, so I could easily connect to the story, and follow my gut feeling all the way through.

-How is working with Joachim Trier? You always work with him; I really think that your music complements the film. I can easily say that your music and Joachim’s images are the best duo. I simply can’t imagine “Oslo, 31. August” without your music.

Ola Fløttum: Joachim is very interested in music, and has a rich language for sharing his musical ideas. We also have a similar taste in score music, so we tend to pull in the same direction. It is also a good thing working together for a long time, we can easily pick up the process from previous collaborations and build upon that. When you’re writing music for films the composer and director needs to have a strong bond of trust, so you can allow yourself to open up your mind and connect emotionally to the story and the characters without filters. Joachim is maybe the easiest director I’ve been working with, and maybe also the one that pushes me the most. And that’s basically a dream scenario.

-Do you think that the environment you are in influences your music?

Ola Fløttum: If you want it, you can find a lot of peace here in Norway, and since I was a child I’ve always felt good out in nature. It’s a good contrast to the pace of modern civilization and growing up in Oslo. I guess it might have helped me open up my mind to allowing myself to create music in a more silent manner with a slower pace. But creating music is really a quite introvert process for me, it’s all about what happens in the brain, gut(feeling) and heart, while I try to shut out the world, and eventually creep out of the cave whenever I’m ready for exposure.

– Istanbul is your second most listened city after Oslo. What do you think about this? Have you ever come to Istanbul?

Ola Fløttum: I think it is sooo cool, I don’t know why Istanbul favor my music more than other cities, but really I love it. You have such a strong tradition for music in Turkey, so I am really flattered. No, I’ve never been in Istanbul, but it’s been on my radar for quite a long time. Such an important city in so many ways.

Ola Fløttum: I like being able to have a job that stimulates my creative mind, and I like bringing life to important stories that need to be told. And I like that people appreciate my services, so I can live from composing music. I was never really close bringing in enough money to only be an artist, but nowadays it works fine, composing for film brings in money, The White Birch brings me peace, and hopefully for some other people as well, of course.

-I assume you don’t compose for The White Birch anymore. What made you stop?

Ola Fløttum: I will never give up The White Birch, it’s all about finding the time. It was 9 years between the last two albums, now it’s only been 3 years since “The Weight of Spring”, I think. I’ve written a couple of songs and have a lot of ideas, there will be more, I promise.

-I always wanted to know a lot about people from my favourite bands, what kind of music they are listening to, whether they have a favourite artist / band today.

Ola Fløttum: I certainly have many favourites, but for today I’ll pick Smog/Bill Callahan. Check it out. 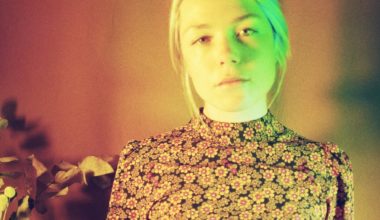 Experience a daydream with Moon Panda’s delicate new single “Slow Drive”. A couple in life but also in…
More
1 Shares
1
0 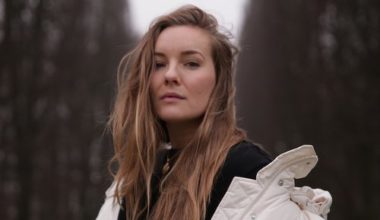 Loaver shares tender, gorgeous acoustic ballad “Bloom With Me”. Known as the singer of Kluster B, Malmö singer-songwriter…
More
0 Shares
0
0
Back to top