How to Recognize an Elf When You See One

White Elves, or Light Elves are extremely white and almost brighter than the sun. They love the sunlight and behave friendly towards humans. They are very beautiful and as innocent as children. 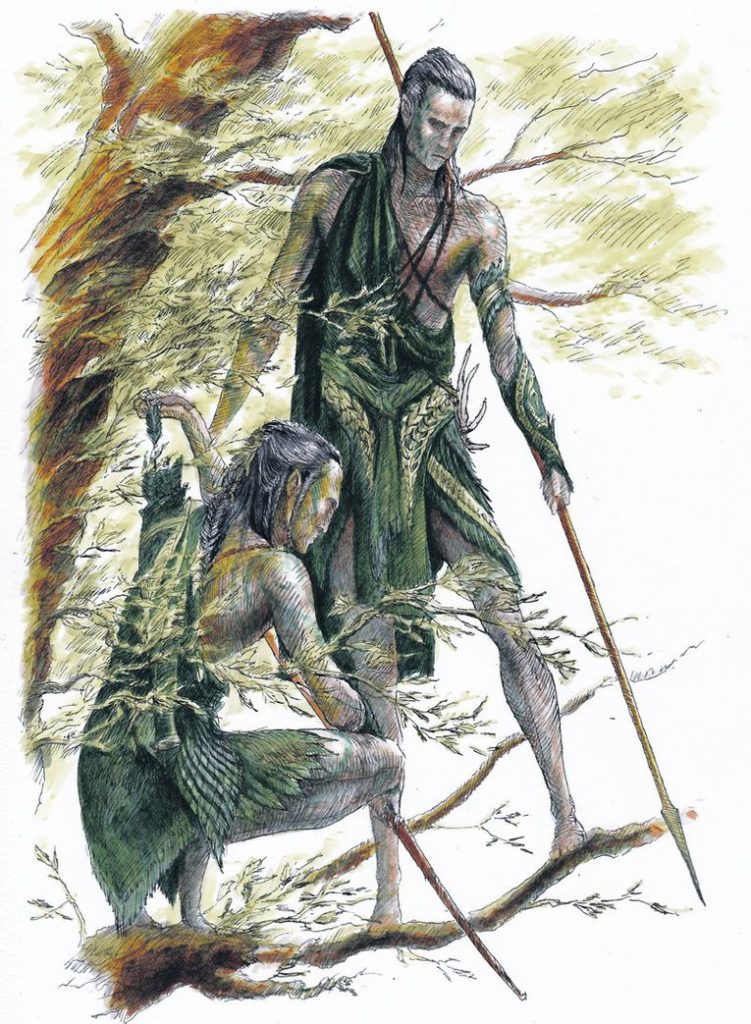 Dark Elves, or Night Elves, were said to be more variable. They are depicted as quite ugly, long nosed and brown skinned. They only go out in the dark and hate the sun. They turn into stone if touched by sunlight or exposed to it. They live in underground caves. In the beginning dark elves were larvas from the Giant Ymir’s decaying body but then gods gave them a human body and equipped them with high knowledge. They are famous for their immense knowledge on the nature’s mysterious powers. As the most talented artisans of all creatures, they work on metal and wood quite skillfully.

One of their best work is Thor’s hammer. And another thing that they build for Thor is Skidbladnir, able to be folded up—as cloth may be—into one’s pocket when not needed.

Some elves live in the woods and are said to possess wings.

Elves, having complicated relations with humans, have the power to make sick. However, they also hold the cure. If something is sacrificed for them they are more eager to cure people.

Elves and humans can have relationships and even get married. Babies of such marriages are called half elf or Elfin. When they die, they might resurrect as a former Elf ancestor of theirs.

Elves are mentioned in some Nordic poems as naughty creatures who disturb young girls wanting to establish a relationship. However, Elves are know to get naughty only when they get disturbed. If they touch human skin it may cause rash. To protect from such unexpected damages by Elves, Elf cross is scratched on the walls of houses.

Elves can be seen dancing in the night and on misty mornings in circles. They sometimes invite people to join them.  Humans watching elves dance might think it was only for a couple of hours but in fact it took years. That’s why one should be very careful. Interestingly, Icelandic people still believe elves live in the cliffs and woods.