Nicolas Winding Refn, who marked previous year with the movie The Neon Demon, is thrusting himself to the forefront each passing year as Denmark’s one of the leading auteur directors. Leaving almost no “unsuccessful” movie behind him, there is no doubt that Refn will be making his mark with his striking movies henceforth. The director whose mother Vibeke Winding a cinematographer and father Anders Refn a painter and film editor, grew together with cinema from his childhood.

Refn, who is quite at peace with himself and making sincere remarks, had reading difficulties until the age of 13 due to dyslexia. Also, in an interview he stated that he was “color blind so cannot perceive the secondary colors”, which is the reason why the colors his movies are “higly contrasted” as he wouldn’t be able to see them otherwise. As the most remarkable aspects of his movies are the colors and images, we can understand why the director is so successful in these. Turning his “deficiencies” into advantages and giving himself prominence by that is another success of his. 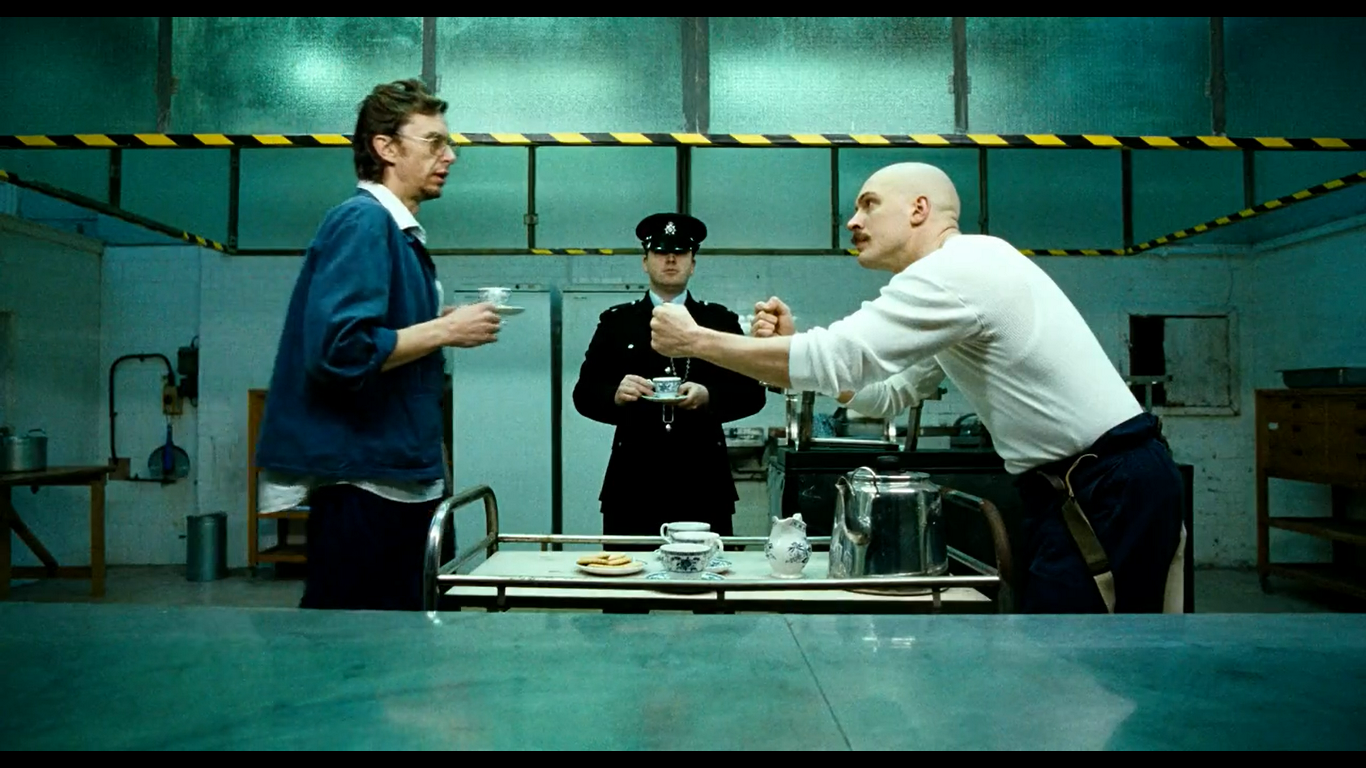 Bronson (2008), based on a true story, is about a man whose greatest dream is to be famous and who actually got famous in prison by becoming a criminal. Bronson starts telling his story from childhood as a “one man show” on a stage in front of his audience. The prison he is sentenced to for 7 years turns into a place for indefinite stay, or in his own words, a hotel room. Branson, whom we see behind bars, identifies himself as “the most dangerous prisoner in England”. A prisoner, not a criminal! Because we are confronted with a man who did not kill a single person in his life.

The movie, which has numerous disturbing scenes, also manages to make a subtle criticism of the system. Refn gives us clues about why a criminal cannot pull away from crime. Bronson’s endless struggle with the guardian does not tire him, in fact, this routine becomes a circle of “violence” which is an inseparable part of Refn’s movies. 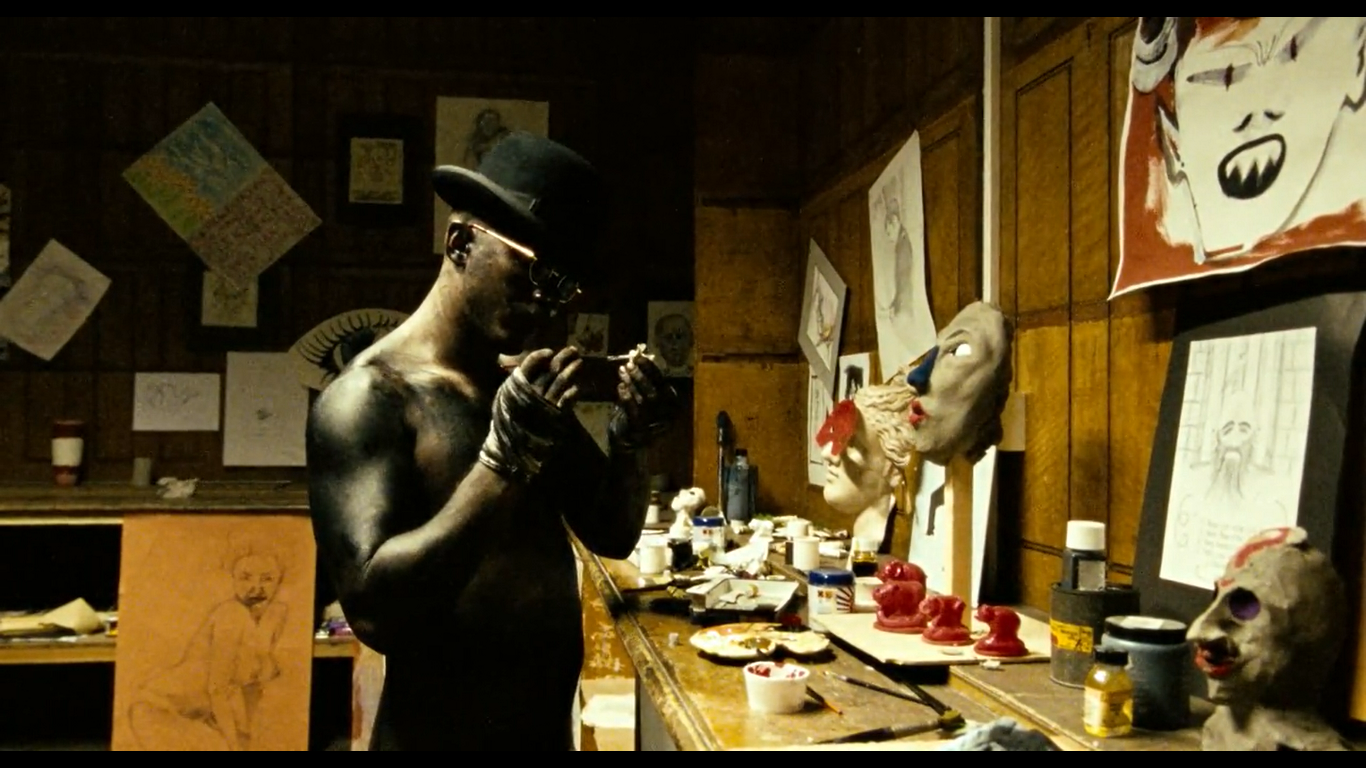 There are two things about the movie that we should pay homage to and should not be left unnoticed. The first one is Tom Hardy, who brings Bronson to life. British Independent Film Festival rewarded his perfect performance with granting him the Best Male Actor award. The second one is Larry Smith, who worked with Kubrick on the cinematography of “Eyes Wide Shut”. His remarkable touch makes itself felt in every second of the movie.

Being a successful movie in every aspect, Bronson holds an important place in Refn’s filmography. I claim that there is hardly a better option than Bronson for the ones who wish to watch an original movie and especially for the ones who like Nicolas Winding Refn cinema. Enjoy the movie! 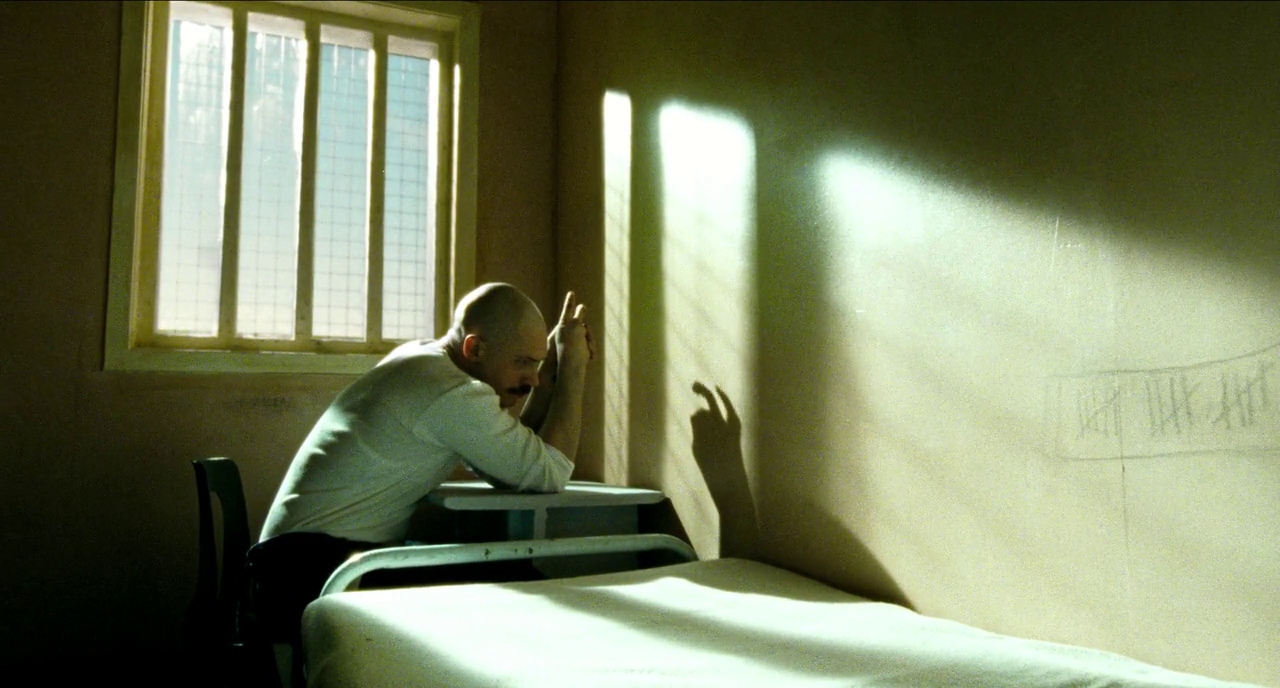