Guðmundur Arnar Guðmundsson’s first feature Hjartasteinn (Heartstone) is a charming and well-told coming-of-age story taking place in rural Iceland and focusing on two young boys, Þór and Kristján. It all hits the two during summertime; the painful transition between childhood and puberty, the confusing feelings of growing up and the desire to discover life, sexuality -and even their own bodies. On one hand, the film is about being different in a small society, being “the ugly fish”, a feeling that is so unbearable that makes you think you can only breathe underwater. And on the other hand, it is about the urge and desire to grow up to be one of the normal and be accepted as soon as possible, but also learning to respect and understand those “ugly fish”. 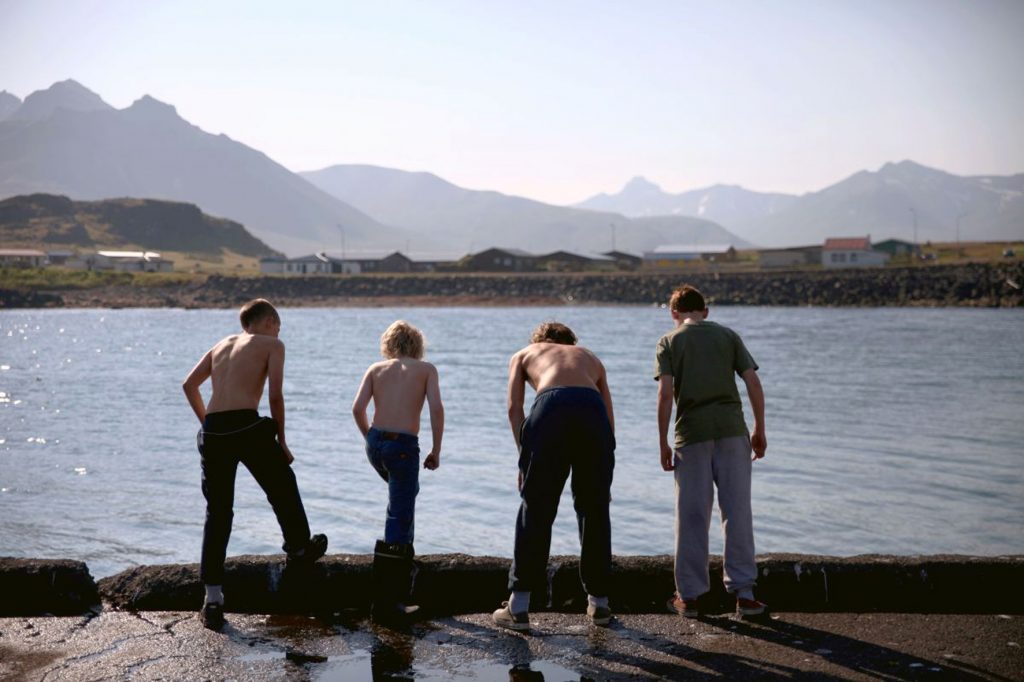 After the screening of Hjartasteinn (Heartstone) at the 57th Thessaloniki International Film Festival* we had a chat with director Guðmundur Arnar Guðmundsson, in a sunny and windy November day by the Aegean Sea. 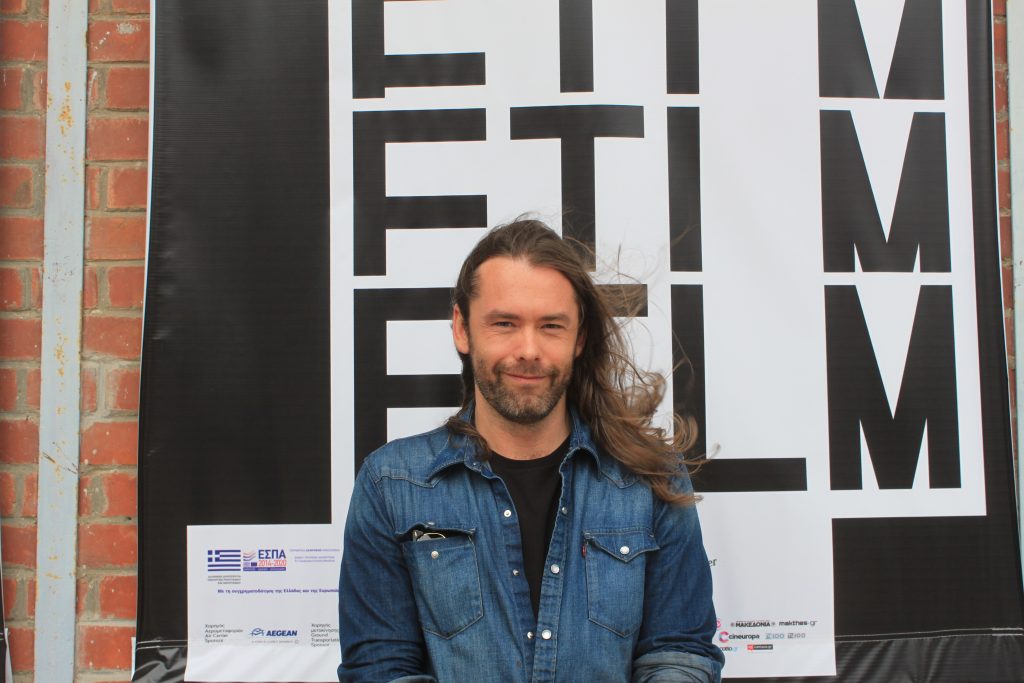 Unfortunately I didn’t have the chance to watch your short films. But I know they are also coming-of-age stories, stories of young people. Was this a step-by-step process resulting with you shooting your feature film or do you see them as completely different projects?

It was a step-by-step process. I wrote my feature film script many years ago; only it was the first draft of it. Then I realised I would have to direct short films to be able to fund the film and do it like I wanted to. Then I decided to do the short films. But it is also that these are the stories that I find most appealing, where I can connect the most, something I have to say about.

Is there any favourite coming-of-age stories of yours and directors, maybe from Nordic cinema, that inspire you?

Actually my favourite is Rob Reiner’s Stand by Me, the American movie. I think it is a beautiful film, very well told and directed and the story is a really good story. Nils Malmros and Bille August are the Nordic, kind of old champions of coming-of-age, I really like their movies. They have a very detailed, delicate storytelling style. Roy Andersson’s A Swedish Love Story, that’s a beautiful film as well. It’s like in 70s and 80s they had this period of amazing coming-of-age stories.

There are many directors that inspire me, but especially films. Lars von Trier is a huge inspiration because of how much risk he takes in every project. I really love that, he makes a huge successful English-speaking film, Breaking the Waves, then he made a Dogma film The Idiots, then he made Dogville on stage. Like every film he’s making is a huge risk for his career. Especially when he’s younger – now he established that. When he was younger, these risks were bigger. And this is very inspiring for me to see. 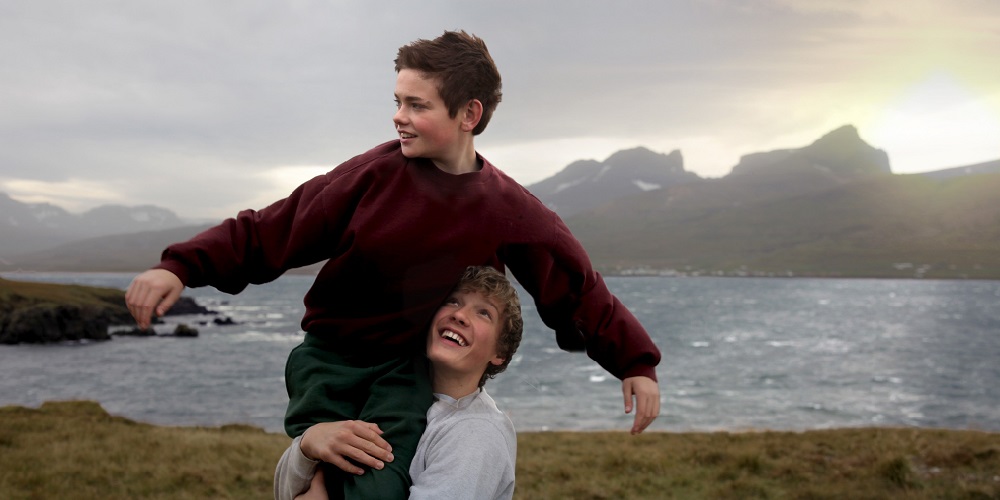 For me it always depends on the story. In Heartstone I felt Iike I was taking a big risk in the way we shoot the film. But I liked the fact that I was doing something I hadn’t done before. You know, the shooting style and the direction. It’s about following what your really want to do. So no matter what it is, if you want to do it, you follow that, that’s inspiring.

Yesterday in the Q&A session, someone asked about the harsh and violent scenes in the movie and you said they actually reflect the truth and are inspired mostly by your own childhood. Is it hard as much as before in today’s rural Iceland, to live as an outlier – as a single mother or a gay teenager for instance?

I think it depends on the town. Some towns in Iceland are now very open; we are getting many tourists coming over. On the other hand when you go to another town, you feel it’s a very closed town. So it depends on the people and the town. But that’s the same thing about with almost everywhere, like with cities and the rest of the world. Even in the very open Scandinavian societies, you have closed minded thinking among some. 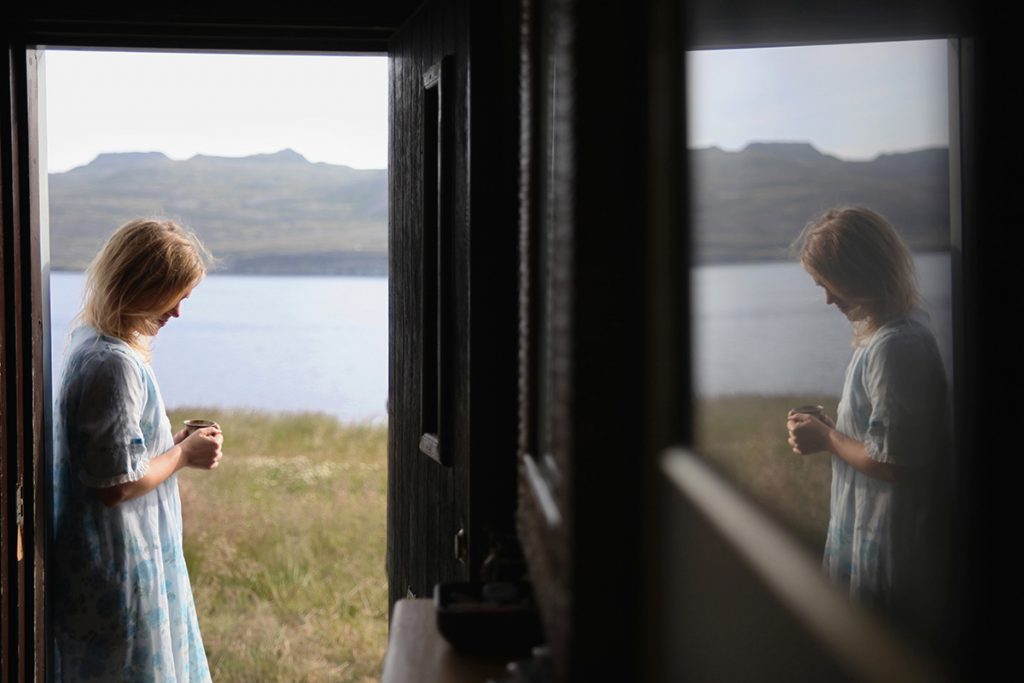 There is a global tendency to right-wing parties all around the world which seems to be threatening LGBT rights. Is that also the case in Iceland?

For example what’s happening now to some in England; gay people are being attacked on streets. That’s something we thought never rise again. But then, it’s starting. Thankfully in Iceland, the far right-wing political party hasn’t gained any success. But there are of course some people, fortunately a minority.

Again, in the Q&A you said that you had some weeks of hard workshop with the young actors and actress of the movie before the shooting started. But how they were chosen in the first place, what were you looking for specifically?

I found out in my short films that if I would typecast I would find the perfect kids for that role, but after six days of shooting I could just feel that, that kid was not gonna handle more than this. So I was happy that the film was over because he wouldn’t continue much longer. And so now I was looking for kids that I could believe that can handle such long shooting period and that can keep on continuing. Ambitious kids, kids that are ready to go all the way. That was the most important part of it but I also looked for spontaneity and an active mind. Also parents, being supportive. 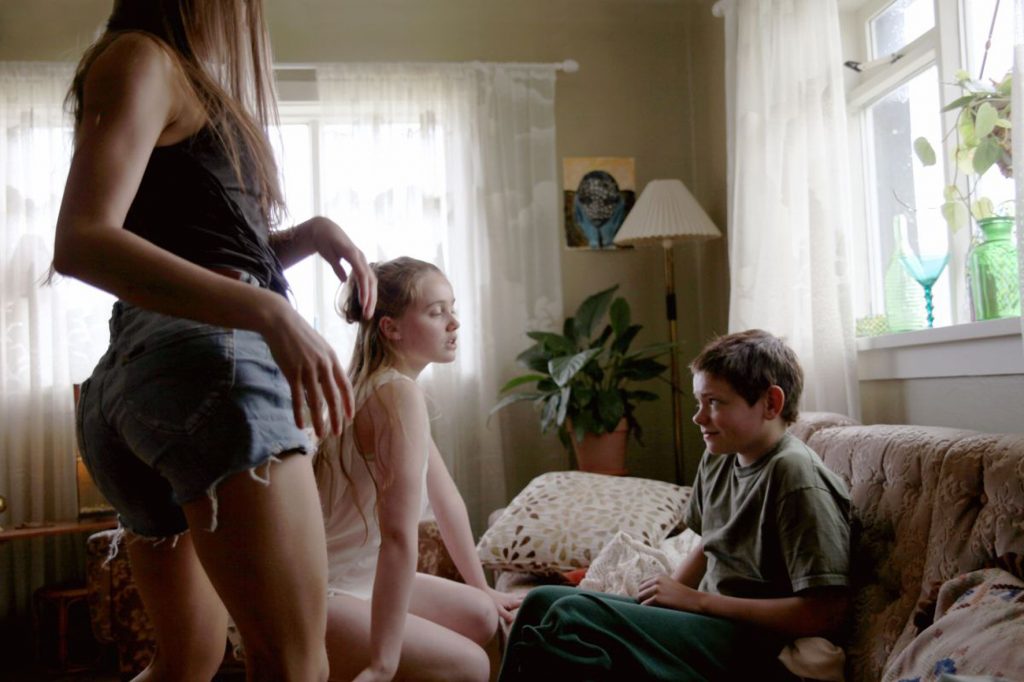 The kids, they were all acting for the first time, right?

Yes. Except one girl that had a small part in another movie.

So I guess they learned a lot from this experience. But what are some things that you have learned from the children and teenagers while working with them?

The nice thing about working with kids is that you can reconnect to your childhood a lot and you remember that life was more spontaneous and in a way fun back then. Because the kids were always starting doing something as soon as we looked away from them. That’s what me and our cinematographer noticed, as soon as there was a short moment of waiting they were starting climbing stuff and doing stuff. They were constantly active and finding ways to occupy their body and mind. That’s a very nice energy and we tried to carry that into the film as well.

I grew up in the city mostly (Reykjavík) but I had a proper period of time in a small town like this. (Borgarfjörður Eystri) And in a small town like this, its amazing to be a kid because you have all this freedom. We were stealing horses and were doing a lot of stuff… Throwing snowballs at houses and a guy would respond by running after us with a shotgun filled with salt and he would actually shoot at us. Only salt but it was still a matter of life and death for us, the kids. In that particular town, I would feel that the grown-ups are a little closed and not happy. And I could feel that the teenagers, as soon as they started growing, felt that too. That town started to become too small for them, they wanted out. All their friends would be leaving sooner or later, so they were alone. It was like a very contrast place to live in. And I think as a kid I was always observing others. 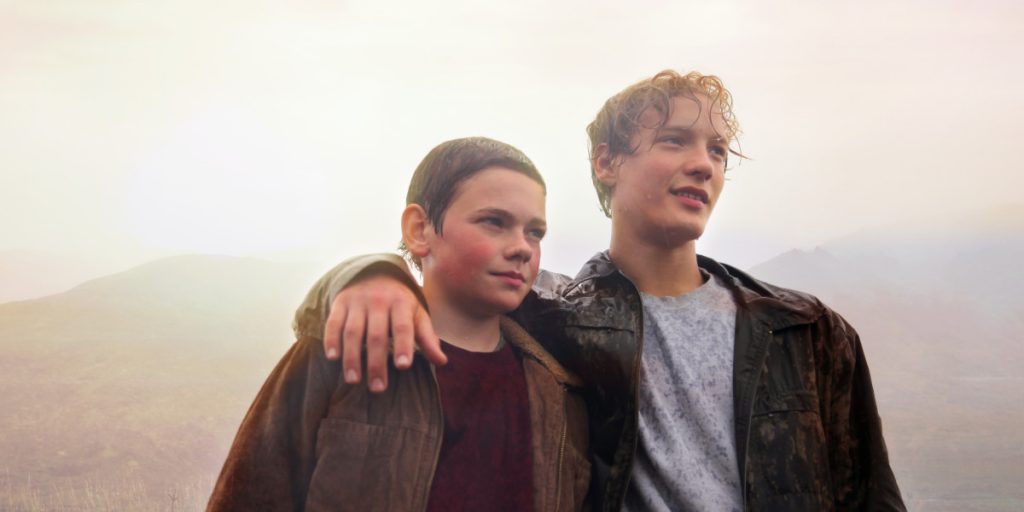 Icelandic nature is so incredible, I’m fascinated by every movie or every photo I see. And Sturla Brandth Grøvlen did a great job as he did in Rams and Victoria. Do you ever have the concern / fear that the beauty of scenery would overshadow the story or distract the audience?

Yes, definitely. We talked a lot about how important it was not to use the nature as a postcard, not get blinded by this beauty around us. We used it only when we thought it was serving the scene and serving the story. And it’s never gonna serve it if you don’t use it carefully. We tried to focus on when we could reflect the emotions, we tried to do it by opening up the film or contrasting emotions – like the scene where Christian goes under the water. It’s a very beautiful surrounding but he’s having the worst moment in the film, I think that’s a nice contrast.

There are a lot of emotional scenes, a beautiful scenery but the movie has not a majestic score. Was this minimalistic musical approach is an intention of you or the composer?

It was a collaborative choice. It was basically we tried to compose something for the opening scene but then it just didn’t feel right. I think he did try another score for earlier in the film but it also didn’t feel right so in the end we decided the only place that it felt right to start the music is almost an hour into the film. We didn’t talk much about it, we just felt it was right to have the music or not. 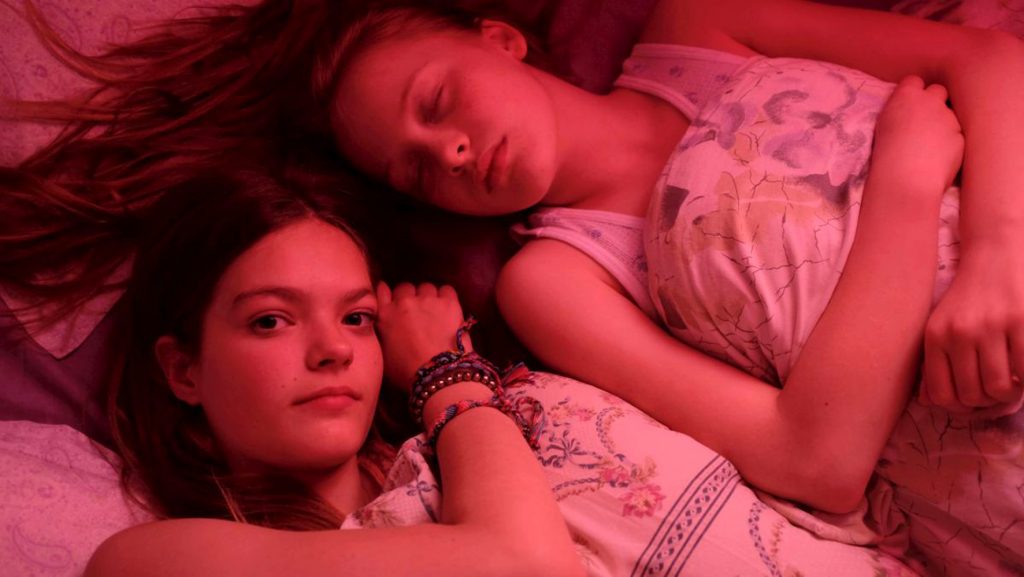 What is next for you?

Now I’m writing my next film and I’m very very excited about it. It’s been haunting my dreams a lot. I didn’t want to write it; I didn’t want to go into that story. Then I started having all these dreams over and over again and I decided to start writing it and now I feel it’s an amazing story.

I guess when you have a great and successful first feature, it’s harder to make the second one. Trying to be as successful and also trying not to repeat yourself at the same time…

My next film is going to be very different and that excites me. You have to accept that you might fail and I accept that beforehand so I can get rid of all the fear and focus on what I want to do. I at least, I’m gonna make a film I like. And then the people, at least some people will like it. As long as I like it, the producers like it; there is always going to be some audience.